Tim had an invitation from his instrument-flying instructor, Stewart Houston, to “mount in his hydroplane” (as Fitzgerald puts it in The Great Gatsby), and asked me if I wanted to come along.

Well, of course I wanted to come along. But throughout the weeks of scheduling, I did not really take on board that I was going to be the one doing most of the flying. This became abundantly clear when we got to the airport and Stewart made Tim pump out the bilgewater in the floats while I was told to familiarize myself with the instrument panel. 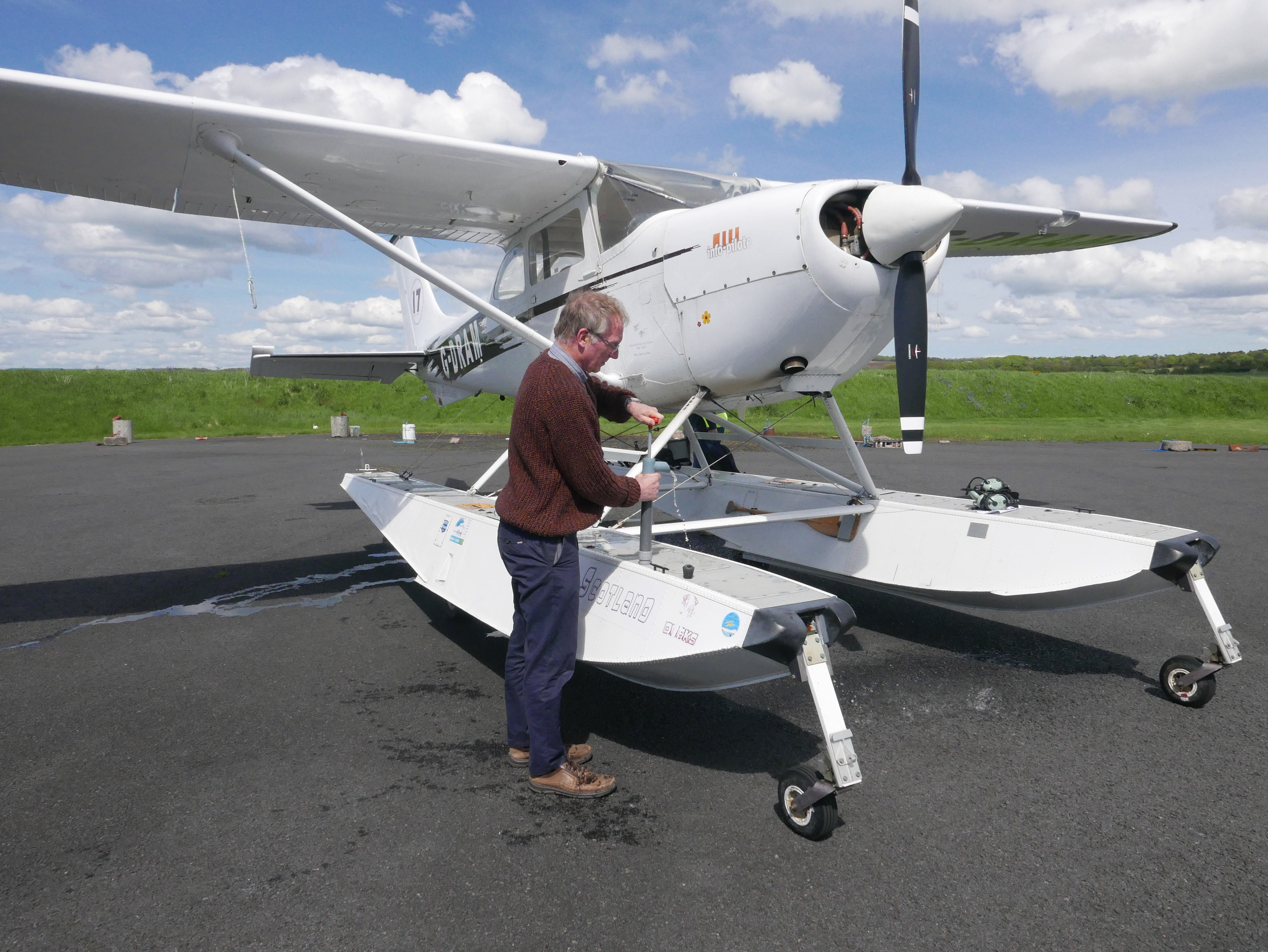 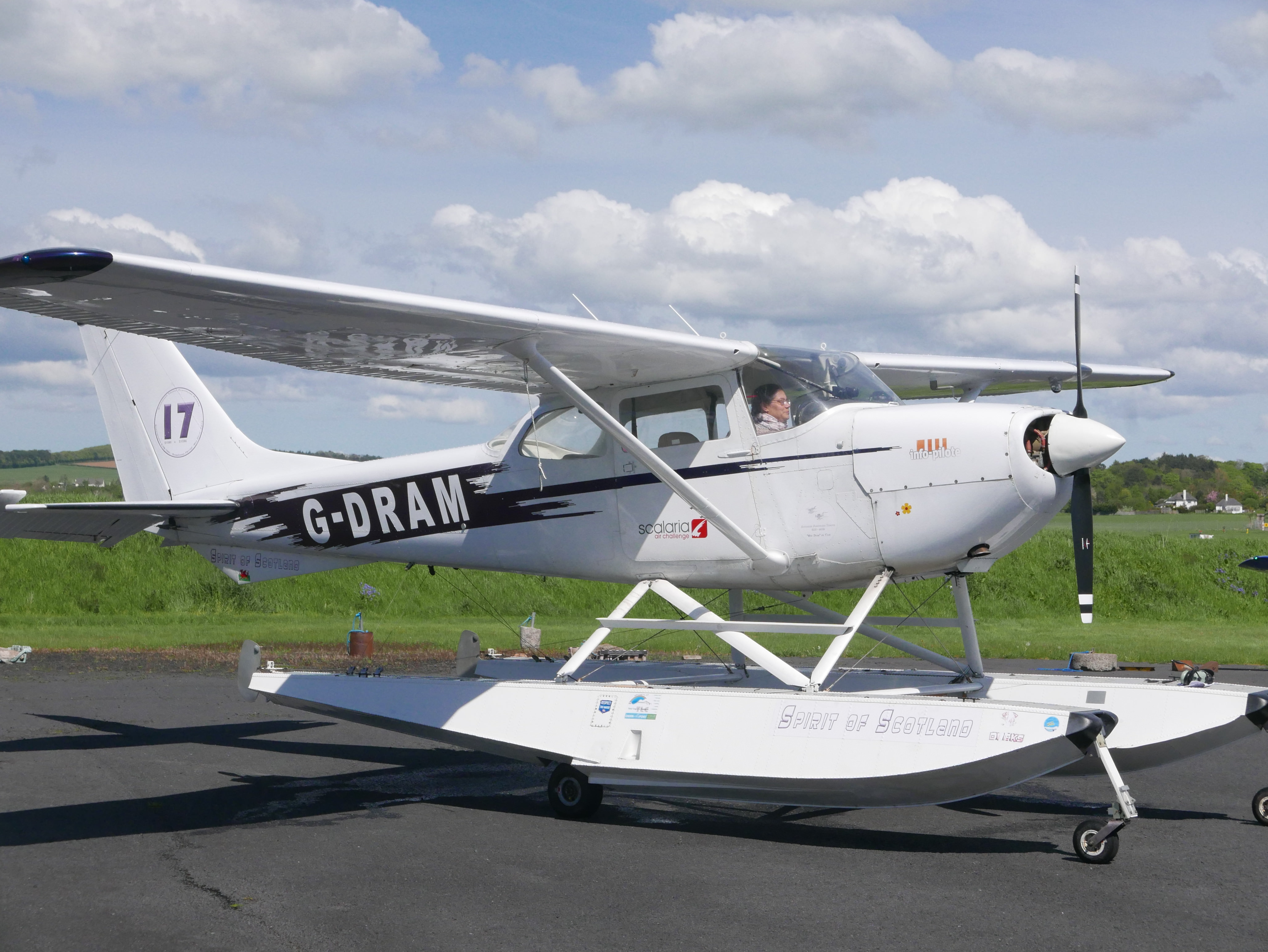 This lovely jumped-up Cessna 172 – registration G-DRAM (LOL), complete with variable-pitch propeller and retractable amphibious landing gear, doesn’t actually belong to Stewart. But he’s one of about half a dozen licensed seaplane instructors in the UK and has an arrangement with the owner. And you know… there really isn’t a better way to spend a sparkling May afternoon in Scotland than practising your water landings on a couple of remote lochs in Ayrshire.

Prestwick, where G-DRAM is based, was from 1941 the Eastern Terminus of the North Atlantic Ferry Route during World War II. I have a collection of fairly amazing (and random) personal associations with this airfield. In addition to setting off on commercial flights to Paris and Oslo and Malta from Prestwick, Tim and I once had to use it as our diversion airfield when cloud prevented our small plane, packed with small children, from reaching our planned destination on the Isle of Mull. On that occasion we landed after a vintage Lockhead Super Constellation which just happened to be finishing up an incredible transatlantic journey at the exact moment of our arrival. (I remember the ATC dude making a once-in-a-lifetime radio call to us with great enthusiasm, “You’re number 2 after the Constellation.” And we were like… What on earth does he mean? OMG! IT REALLY IS A CONSTELLATION!) 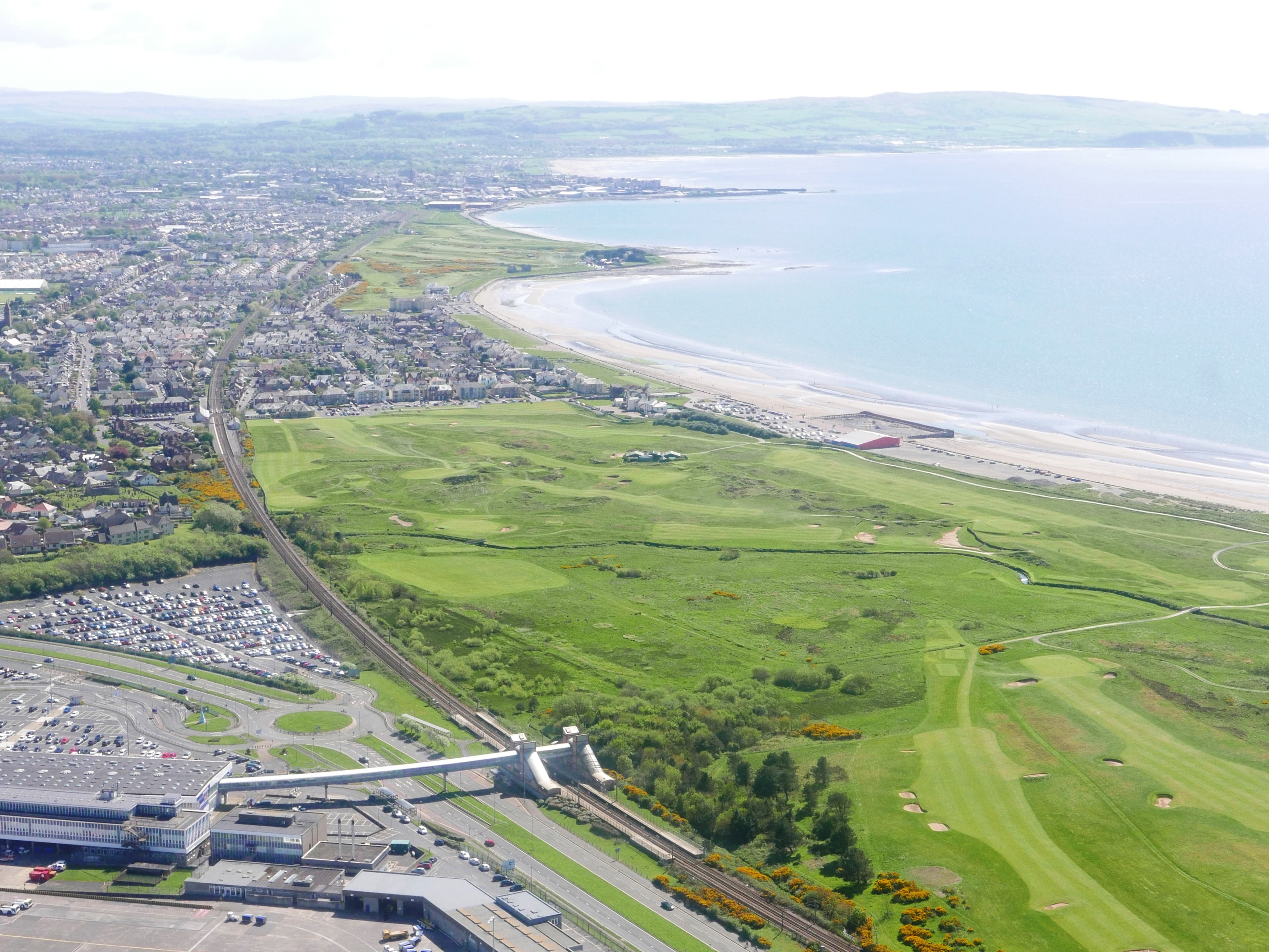 I also once made a solo flight from Perth to Prestwick in a Cessna-152, landing here on my cross-country qualifying exam for my pilot’s license. That gave me a great talking point for reminiscing with my uncle’s Uncle John, a D-Day transport pilot who lived to the ripe age of 100 – he, too, had once landed at Prestwick. His flight was a bit more dramatic than mine, having crossed the war-torn Atlantic, and been greeted in the air by an escort of Spitfires when he arrived!

So this month I got to take off from Prestwick in an amphibious plane with a variable-pitch propeller. These technicalities are in fact all dauntingly out of my league. But Stewart did most of the monitoring and let me concentrate almost entirely on learning how to take-off and land on water.

Which I did! We flew (I FLEW) first to Loch Doon, and then to Loch Bradan, over some lumps of rock in between. Both the day and the scenery were incredibly beautiful. We had to (I had to) do a lot of flying very low over the lumps of rock, to which I was paying more attention than to the beauty. 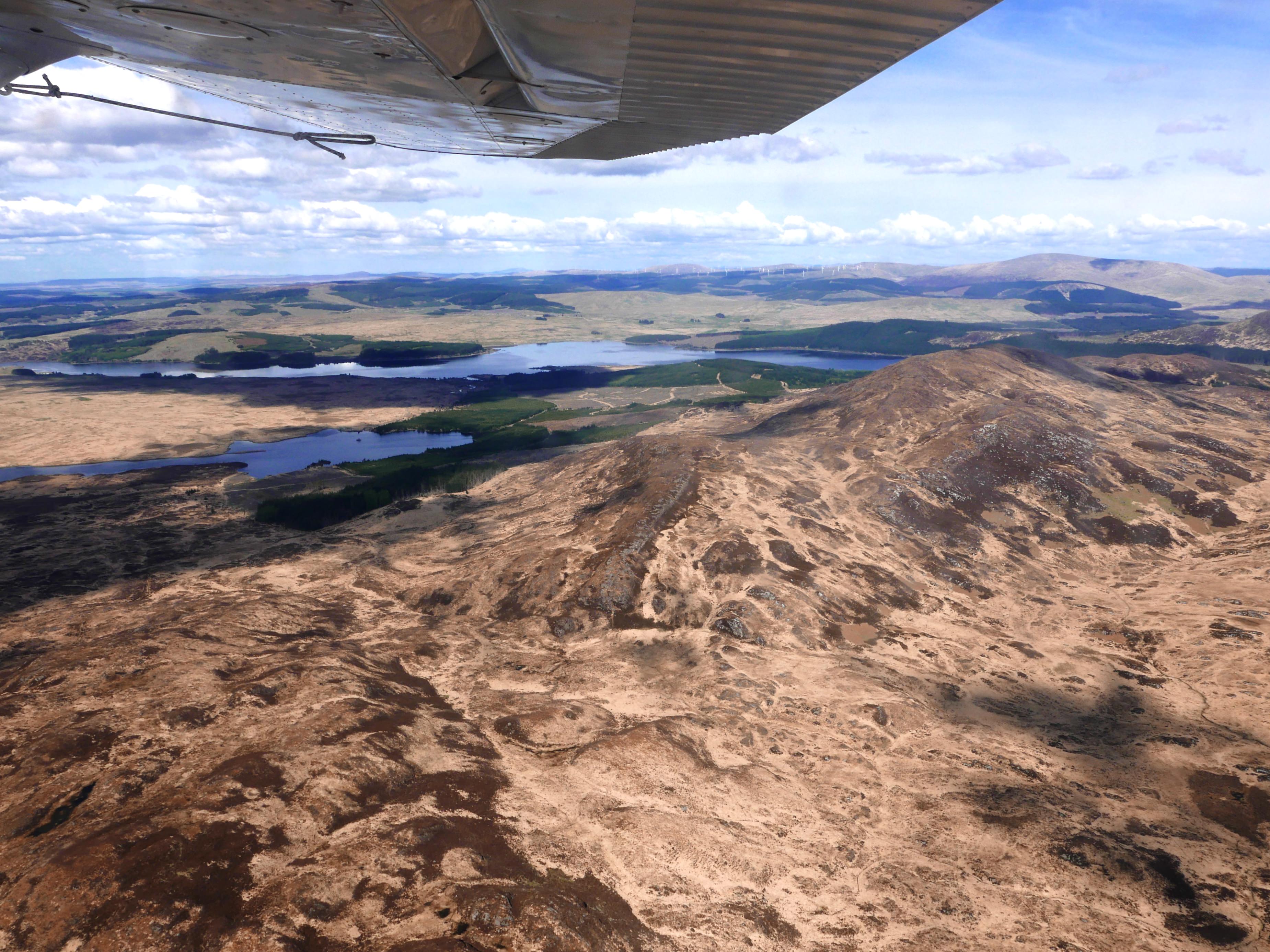 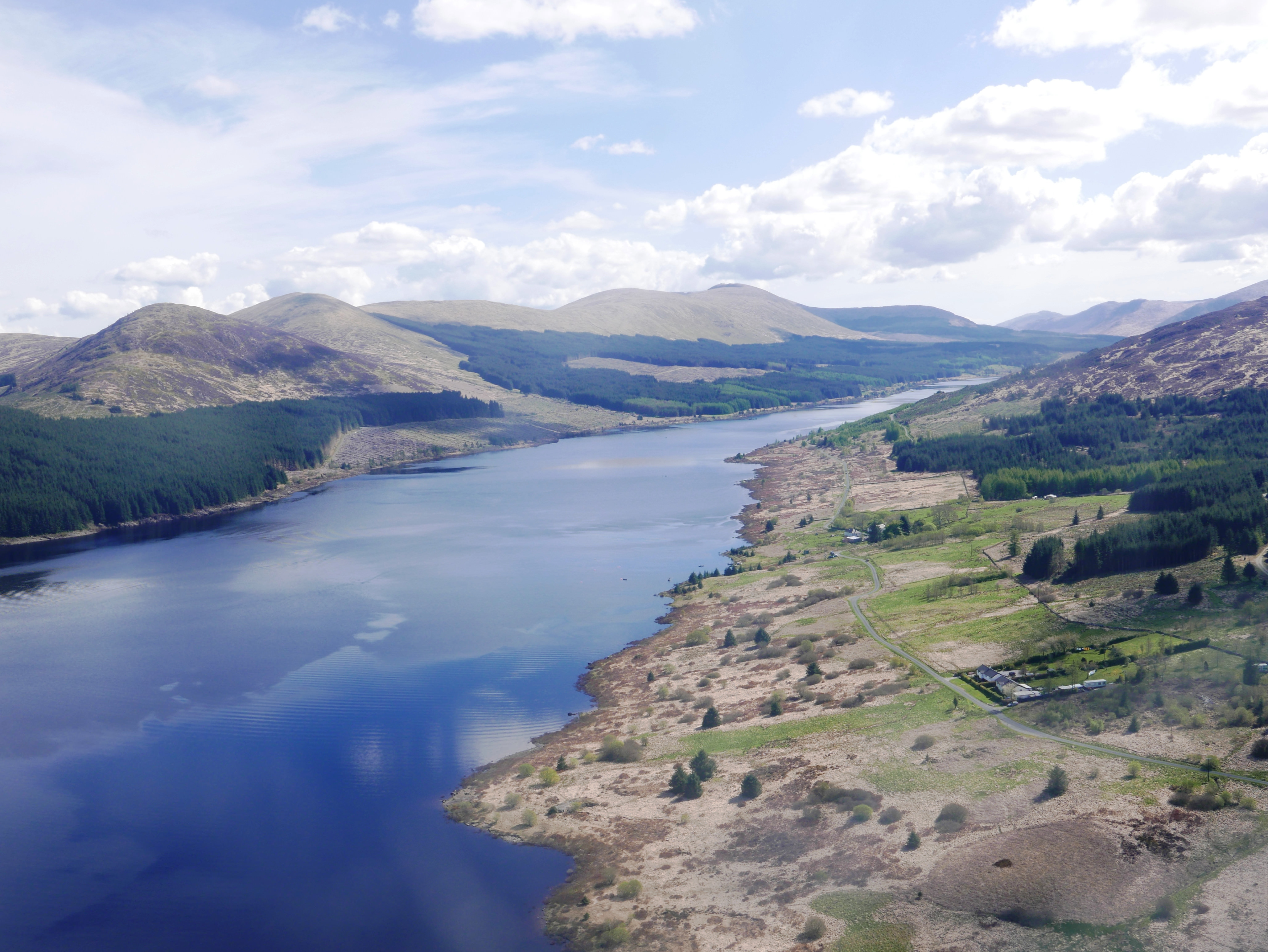 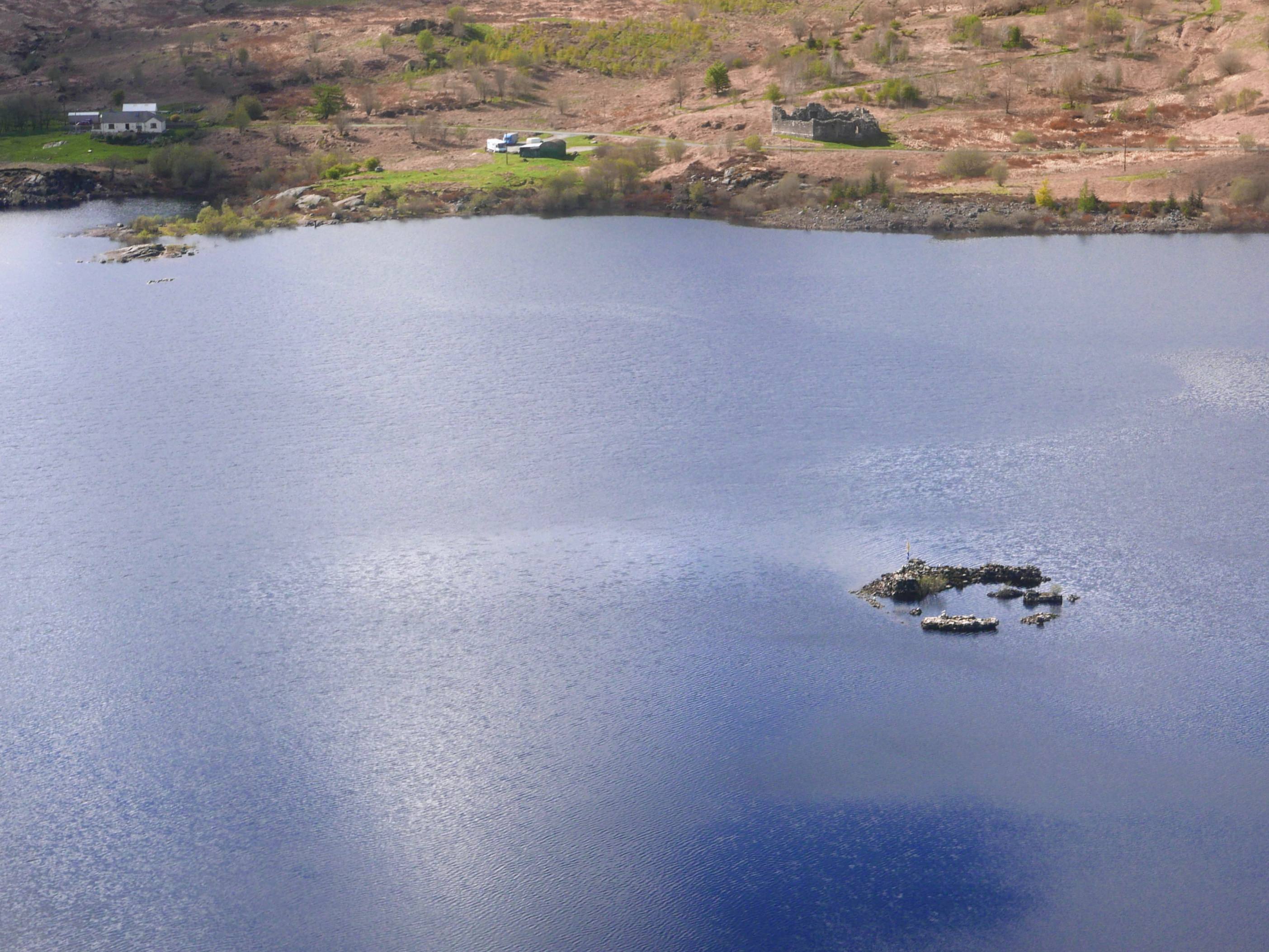 (The little attol in the foreground is the former site of the castle in the background, which was moved when they flooded the glen with a reservoir in the 1930s)

I made five water landings in all. I don’t feel I can write about it adequately – it is a very physical thing, feeling when the plane is “porpoising” on the water and pulling back the controls a little to ease that off – the release you feel in the split second you become airborne. 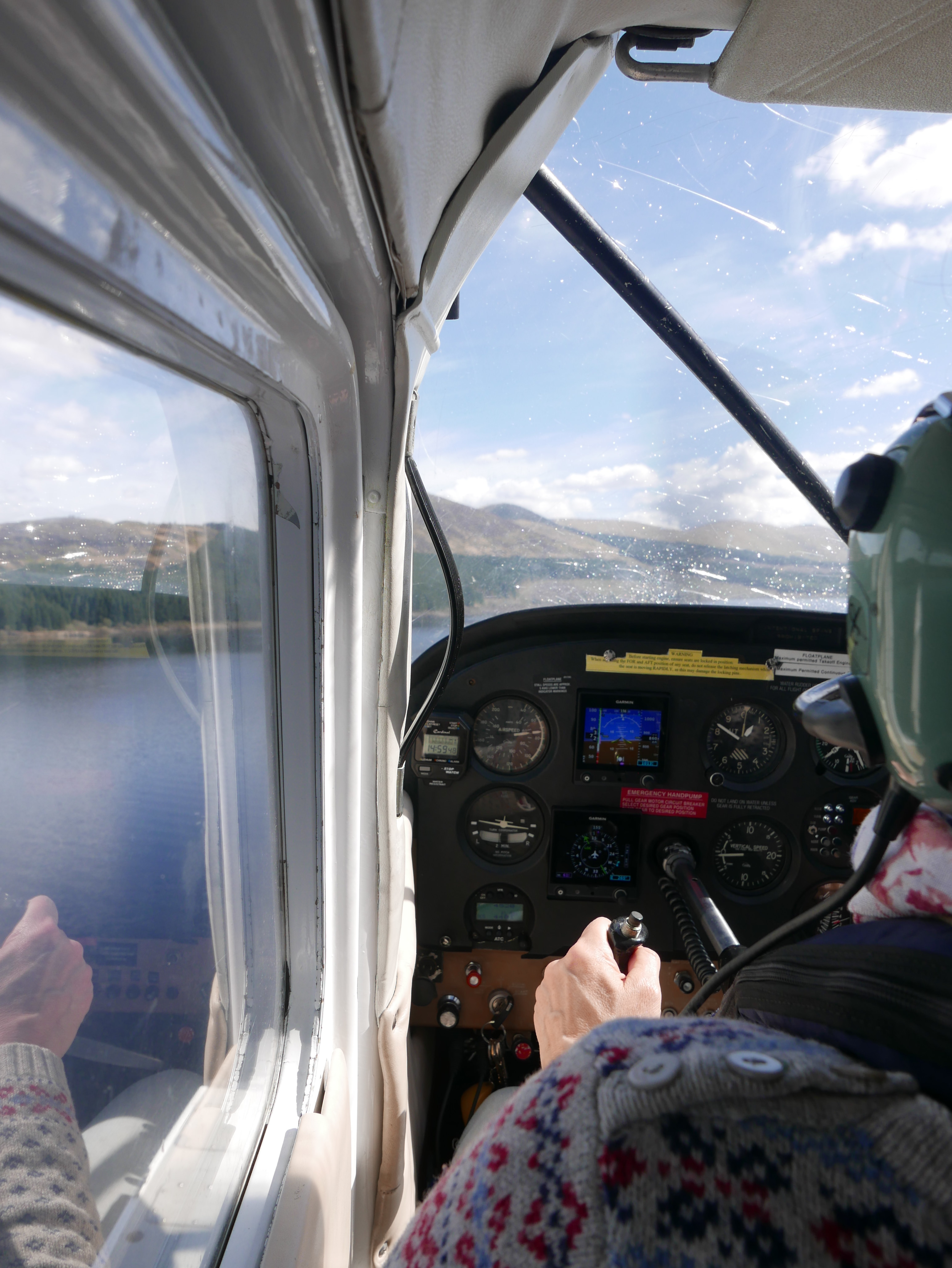 After we landed on the second loch, we had a go at “sailing” – with the engine off – using the tailplane as a surface to catch the wind. 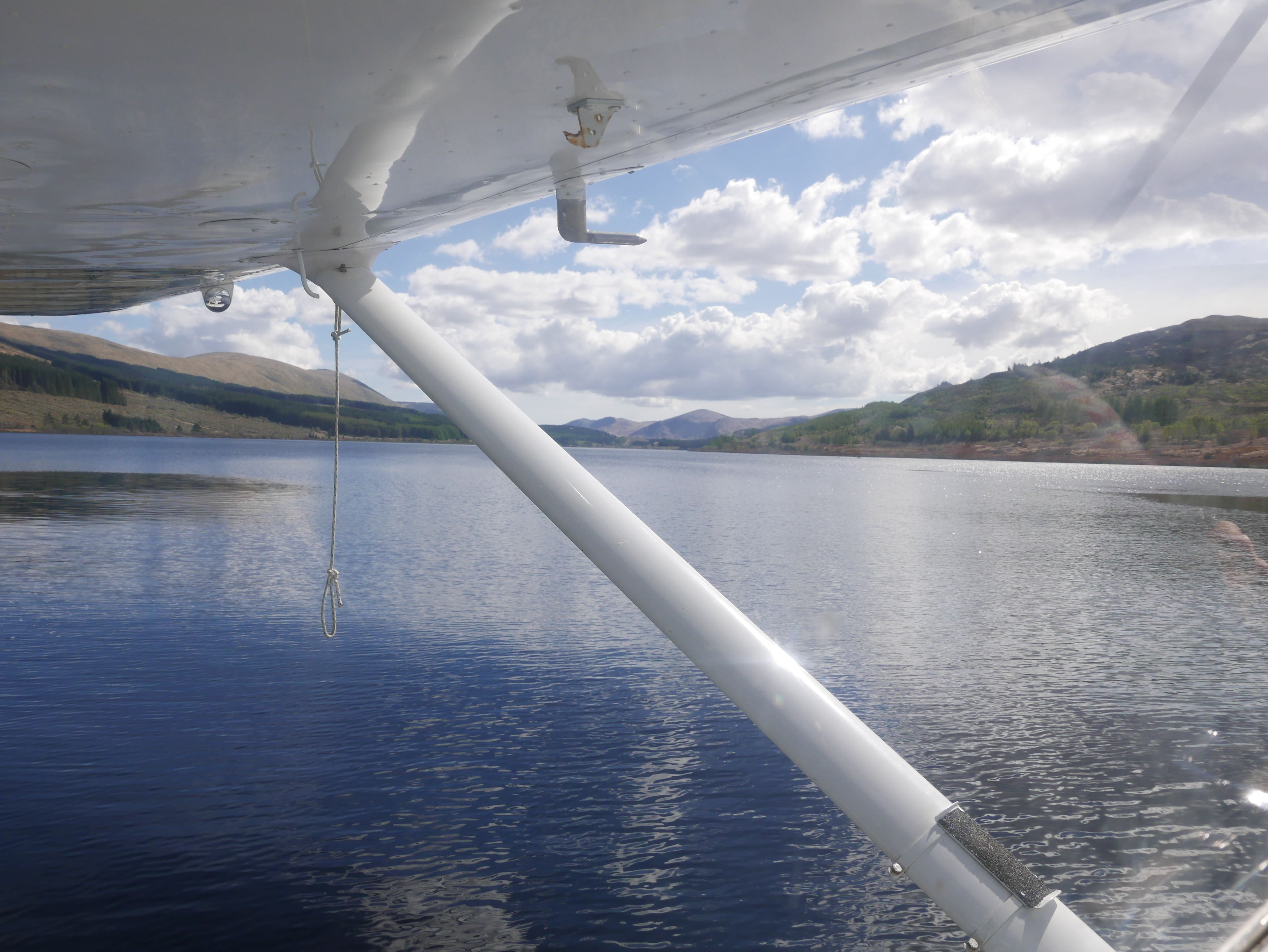 Then Tim and I swapped places (he’d been in the back seat as ballast), which meant climbing out on the floats in the middle of the loch, which was jolly good fun. Then Tim also got to have a go at taking off and landing on water.

Finally, Tim flew us back to Prestwick and I was very glad it wasn’t me doing the runway landing. There is no give in the undercarriage and the plane is so nose-high on the floats that it’s difficult to judge the flare as you touch down. But we made it in one piece.

You know what is awesome about seaplanes? It combines flying with messing about in boats! 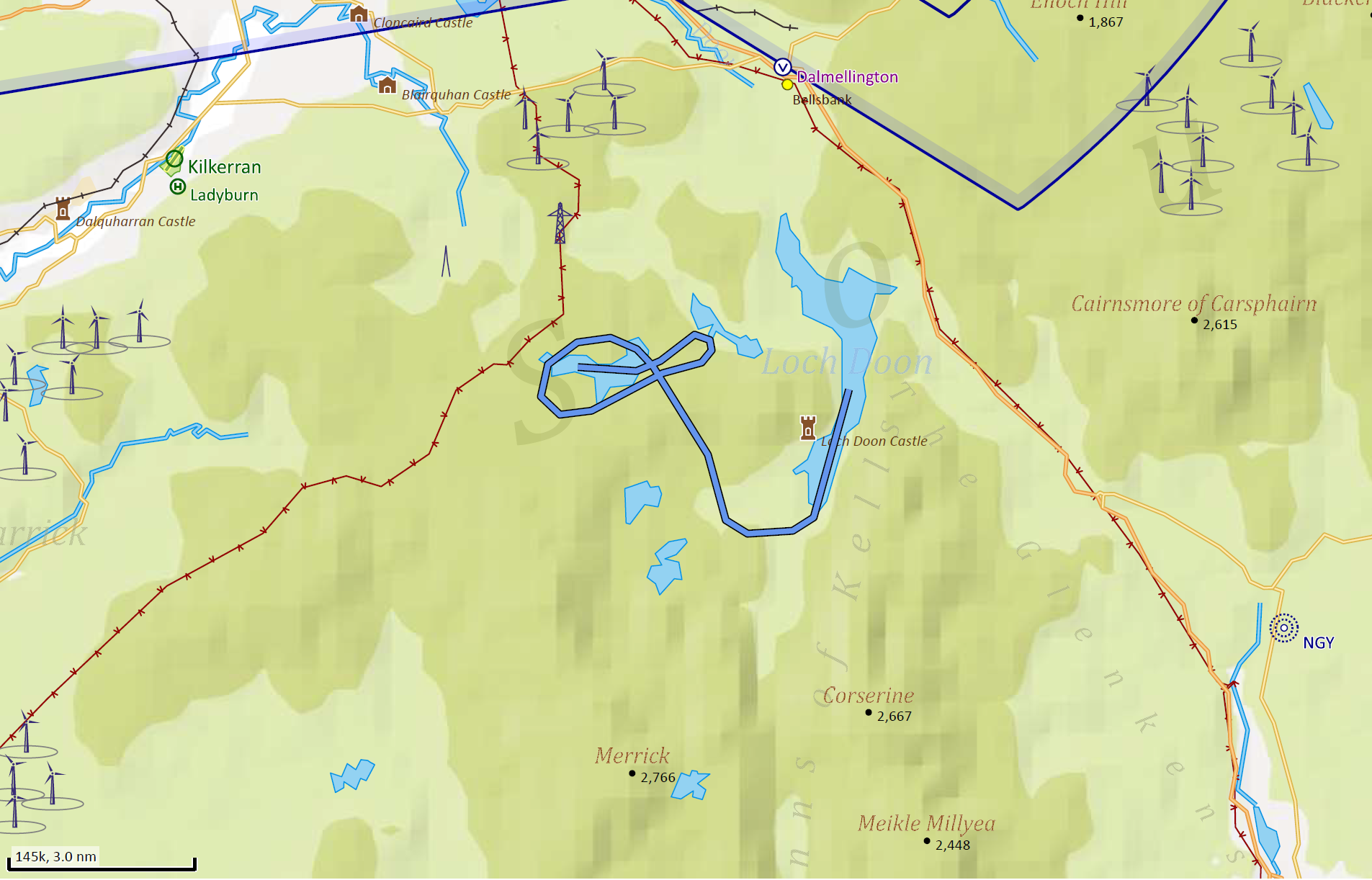